Sunday, June 26 2022 - Welcome
Top Posts
Where do I vote is Trending on Google
Leo Friedman Explains How He Saved His Business IPromo From COVID-19
Sean Foreman, Presidential election party rules
Legend of the Mothman & Its Illinois Connection
What is Organic Clothing?
The Plight of the Whistleblower: Heroes or Snitches
Top Issues That Concern Voters In 2020
Kratom: What Is It and Is It Safe?
How To Properly Develop and Protect Your Business
Home Articles These Movies Were All Considered Flops. Here’s Why? 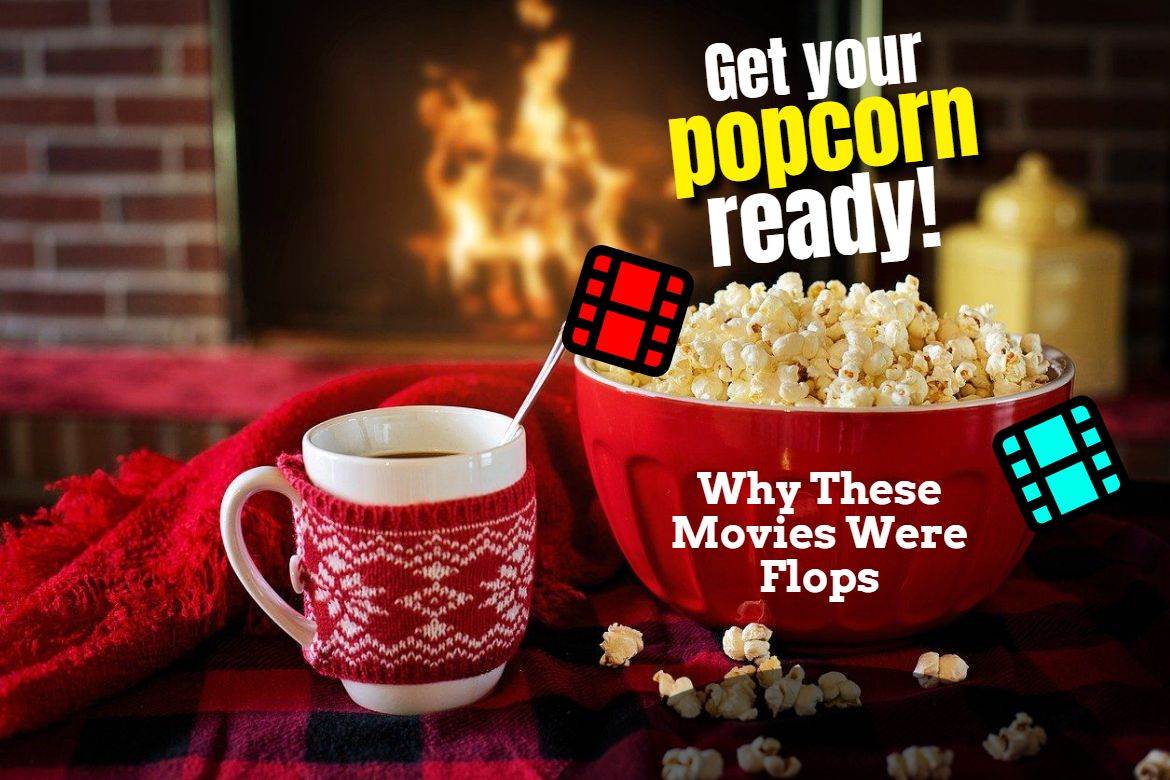 Not every movie is going to be a success. Studios feel when a movie has a large budget, there should be a significant return, which is understandable because it is an investment. Whether it’s a new technology, big-name actors, the studio wants to see results. Results translate into money. Here are five movies that were considered flops for uncommon reasons.

This 2015 film had a budget of 150 million dollars and a 125 million dollar marketing budget. The film was the alternative origin story of Peter Pan and Captain Hook. Well-known stars like Hugh Jackman as Black Beard and Amanda Seyfried as Mary, Peter Pan’s mother. This movie had a good premise.

The first thing that happened was this was not a Disney movie. Warner Brothers did this movie. The movie refused to build on Disney’s lore and released an alternative origin story of Pan and Hook; this killed the film. Disney is the company that brought Peter Pan to us all, so when you release an alternative version to it, you will have a disconnect without Disney involvement or magic. This is why the film had such a disconnect with the audience, and it didn’t do well. The film only grossed 128.4 million.

Keanu Reeves starred in this 2013 movie about samurai getting revenge against a shogun. The fighting sequences, style of armor, and monsters were good. Critics did not favor the movie too well and gave it negative reviews.  The film had a budget of 225 million dollars.

Universal Pictures pushed for a Christmas Day release which isn’t a bad thing. The problem was the movie went up against: The Hobbit: The Desolation of Smaug and The Wolf of Wall Street. Of course, going up against these two movies, it didn’t stand a chance. It only grossed 151 million dollars in the end. Even though this movie was considered a failure, a sequel was announced in 2020. Production will start this year in 2021. This film will be released on Netflix and produced by Universal’s 1440 company. Keanu Reeves will not be involved in this sequel.

This is a tough one to pinpoint. I have a few theories. The first one is not many people were familiar with the book series, which started in 1911 and span about ten novels. They were trying to get people on board with a series they never heard of, and it just didn’t catch on. My next theory is Disney spent large sums of money on this film, and then one month later, “The Avengers” was released. I think this was bad timing on their part. Why release a movie to go up against one of the most anticipated movies in your companies history. If Disney had done a fall release or even had the books reintroduced to the market to build fans of the series, the movie might have been a success.

How Do You Know

This was a 2010 Romantic Comedy. When I list the stars in this movie, you probably will already be able to spot the thing that killed it. This movie starred Reese Witherspoon, Owen Wilson, Paul Rudd, and Jack Nicholson. The film budget was 120 million and grossed 48.7 million.

You saw who was starring in it? There goes your answer. The stars high salary killed the movie.

This film was a sequel to the hit “Bruce Almighty” starring Jim Carey from 2003. Evan premiered in 2007, starring Steve Carrell from the first film. This film premise was Evan had to build an ark to prepare for a flood. The film’s budget was 200 million, and it grossed 173.4 million dollars. The overall story was good. This movie was known as the most expensive comedy ever made.

The visuals hurt the film. The budget ballooned to 200 million dollars, which caused the original lead Sony to drop out and hand the entire thing to Universal. The ballooning budget came from showcasing all the animals, set construction, and other visuals. Steve Carrell’s salary was 5 million dollars; on top of this, Virginia received about 25 million dollars for allowing them to build the ark and film there. If they had scaled back on some of these effects, the movie would have been financially successful.

Each of these movies had large budgets, but the main thing that killed them was inadequate planning. Take “Pan,” for example; they could have expanded on the lore Disney established because that resonates with people. Instead, they made an alternate reality Pan and were shocked people were disconnected from the story. “47 Ronin” had a great storyline, but why would you release it against “The Wolf of Wall Street,” which was a Martin Scorsese film, and “The Hobbit: The Desolation of Smaug.” Universal was lucky it earned the 151 million that it did. They pumped so many resources into” John Carter” as if people were familiar with the book series, which started in 1911. They should have reintroduced the books to the mainstream and then a few years later release the movie. “How Do You Know” was killed by the salaries of the big-name actors they got. Instead of getting one big-name actor and build a cohesive story, they decided to get four and were shocked that they grossed 48 million. By the way, why would you spend 120 million on a romantic comedy? Finally, “Evan Almighty” would have been successful if they didn’t have so much CGI and visuals; the story was good. These films prove the simplest things can make or break a project.