Monday, October 3 2022 - Welcome
Top Posts
Where do I vote is Trending on Google
Leo Friedman Explains How He Saved His Business IPromo From COVID-19
Legend of the Mothman & Its Illinois Connection
Sean Foreman, Presidential election party rules
What is Organic Clothing?
The Plight of the Whistleblower: Heroes or Snitches
Kratom: What Is It and Is It Safe?
Top Issues That Concern Voters In 2020
How To Properly Develop and Protect Your Business
Home Articles Four Movies That Abandoned Their Own Lore 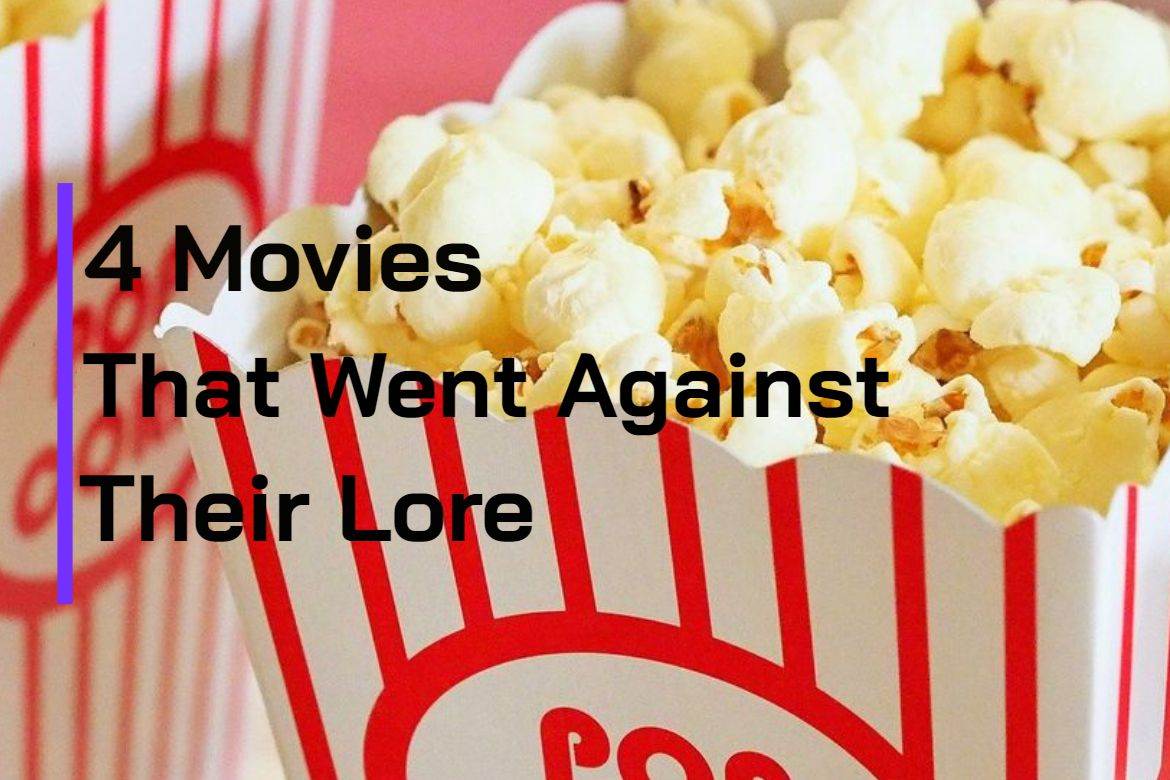 Have you ever watched a movie and it set up lore that captivated you? As time goes on you, follow this film’s sequels, and they end up going against their established lore. Here are four movies that fit this theme.

The Godfather established the story about the Corleone crime family. The movie started at the wedding of Vito’s daughter Connie. Michael Corleone, a marine, is attending the wedding with his then-girlfriend Kate. Michael is giving background about his family to Kate as he sees them at the wedding. You can tell that Michael respects his family, but he wants no part of the business. Then you are taken further into the world of Corleone’s as a mortician comes to Vito to ask him for vengeance for an attack on his daughter. This scene sets up the power and respect Vito Corleone has. As the movie goes on, you witness an unsuccessful hit on Vito Corleone, the death of his oldest son Sonny and even though Michael did not want to be a part of the family business, he inadvertently had to.

When Godfather 2 was released. The film told two separate stories of two men trying to achieve things for the betterment of their families. Vito wanted to make sure his family never wanted anything, and Michael wanted his family to go legit. Both men use unorthodox methods for the betterment of their families. Vito’s origin story and how he formed the Corleone family, and Michael’s story consisted of how he was trying to maintain and make the family legitimate. At the end of this film, you realize that everything Michael did for the family ended up destroying it. He lost his wife, mother, and brother.

The Godfather 3 was released, and it was a movie that was a shell of itself. It brought in characters with no real significance. Michael was just a shell of himself, but in his defense, he was older. What was crazy was Connie played a significant role in the family business, which, based on lore, women never had a role in that sort of thing.

Why should they have stopped after Godfather 2?

They should have stopped after Godfather 2 because the first one told the story of the family. The second film told how Vito started the family and how Michael was transitioning into legitimacy. It came at the cost of losing family, which was the opposite of what his father did when he started the illegal operations. Godfather 3 did not feel like a cohesive part of the story. From the unnecessary characters and the diminishing of characters like Michael Corleone and the unreal increase of Connie’s importance as Michael’s consigliere.

The Fast and the Furious

This movie was about a car heist crew. This movie premiered in 2001, and now twenty years later, it is still going. Heisting goods off trucks is one thing, but from sky diving in cars, spins-offs, and even heading into space, the series has gone far and beyond its prime. It should have ended at two.

The Bourne Identity series was about an amnesic assassin who was part of a covert program that used behavior modifications that created super assassins. This series premiered in 2002; there were five films in total, one movie had Jeremy Renner as the lead. The problem is you hear so much about operation Treadstone. The powers that be even made a television show but outside of Treadstone, what else does the Bourne series stand for. In each movie, you hear something about Treadstone. They could have just wrapped this up in two films and made spinoffs. Rumor has it they are looking to make another Bourne film.

When you build a series and go against established lore to exploit fans, you destroy the foundation of what you created. The Godfather did not need a third movie, and they could have easily gone into the future and showed what happened to the family and built on a new story. This story would have been a spinoff of sorts. Fast and the Furious could have ended after two films because the original story has been lost with over 20 years of sequels. The Bourne series could not go beyond Treadstone, which should have been told within two movies; they could have done spinoffs or even made Bourne similar to The Equalizer. Terminator could have ended at Terminator 2: Judgment Day, but it kept going for two more films destroying the lore. The bottom line is: you have to know when to end a store.

Music From Around The World: Episode 11