Sunday, June 26 2022 - Welcome
Top Posts
Where do I vote is Trending on Google
Leo Friedman Explains How He Saved His Business IPromo From COVID-19
Sean Foreman, Presidential election party rules
Legend of the Mothman & Its Illinois Connection
What is Organic Clothing?
The Plight of the Whistleblower: Heroes or Snitches
Top Issues That Concern Voters In 2020
Kratom: What Is It and Is It Safe?
How To Properly Develop and Protect Your Business
Home Articles Bass Music, Amplified: Sharlitz Web 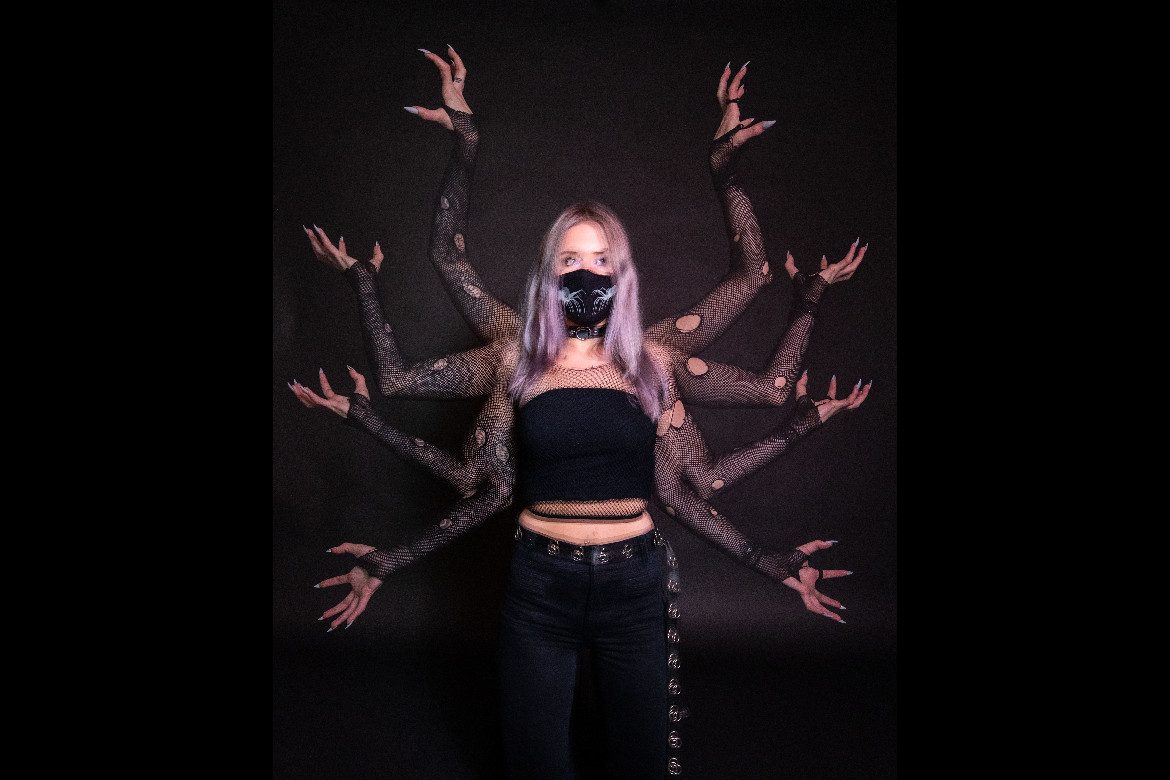 SSKWAN,  the downtempo electronic label by Liquid Stranger has introduced Sharlitz Web to the bass music scene. Her first release with them is “Dark Places” – a song sure to ensnare you in its captivating sonic design. We talked to her about her experience as a DJ, what lead her to this style of music, and the creative process behind “Dark Places”.

Did you start your career in Chicago or LA?  Is the scene different from city to city?

I started my career formally in LA. I was unsure of what I wanted to call my project for a couple of years and floated in between names. I just waited for what felt right. After that, everything slowly came together.  I definitely think the scene is different from city to city. The connections I’ve made in LA are amazing but what I’ve also realized is you don’t have to live here to be successful. If you put the time and work into your craft, trust the universe, manifest… if you want it bad enough, you’ll get it.

What was your first DJ instrument?

The first instrument I got was a DDJ – SR. It was a 2 channel mixing board and I absolutely fell in love with it. I miss it every day because I did sell it off a couple of years back.

Have you always aspired to have a musical career?  How did you get here?

I have always wanted to do something creative. I almost got into graphic design. I won a competition in high school for a flyer submission and won! So I knew I had some skills that I could continue to learn.  Once I started djing though and diving into learning production, it was game over. Growing up, I experienced a lot of hardships that sent me into a dark place, so when I was able to express myself sonically, I was like, this is it… this is what I’m supposed to do. Then I lost my sister Charlotte and I was fueled with so much motivation, drive, and hunger.  It was ironic because my sister used to say, “sissy, I just wanna sit on the couch, be able to listen to your music and tell you what I think sounds good or cool and then you can create based off of what I say.” I thought it was cute because she didn’t want to learn all the technical stuff but she did have a good ear for music. Growing up also, my parents loved music and would always blast it and dance around the house. Since I can remember, it was just a fun feeling of a memory that was comforting. I was learning piano by the age of 6 and then I joined the band at 12 and wanted to learn the flute, so my parents always had me involved in music in one way or another.

Did you start off leaning towards Bass or did you experiment with Trance, Chill Out, Industrial, or other genres?

I’ve been a little weirdo bass head since I’ve been in the womb, floating around in dark liquid. I have wanted to stick my toes in some other genres such as house, techno, lo-fi, heavier dubstep, riddim, jazz, the blues, more ethnic kind of stuff. I really do like genre bending and infusing genres together. I’ve made some zen-like music too which was interesting. It was after a hot yoga session and I was like, “let me make something that I feel I can get down to in hot yoga.” It came out pretty cool and actually felt really refreshing to write.

What inspired you when creating, “Dark Places.”

“Dark Places” was fueled by emotion, a little bit of anger, and just my need for self-expression.  I remember sitting in my room thinking, “what is my life?,” “what is my purpose?,” “why am I HERE right now?” I couldn’t express myself in any other way honestly and the muse inside of me needed to express herself too, so together.. right time, oddly enough the right place— “dark places” was created.

How long did it take to create this track?

About 1 day. Those are my favorite songs of mine. Where they just flow so fluidly and then 16 hours go by and you’re just like wow. The feeling of finishing a song with every element that you could think of is SUCH a rewarding feeling. That’s why I love writing music so much. When that muse takes over too.. oooooweee I’ll be getting spooky literally creating magic.

Do you anticipate any future collaborations at this time?

YES! I’m going to be exploring more collabs very soon, which I am looking forward to. I definitely feel like I’m ready to really start collaborating with other artists.

Do you have any projects or ideas that we can expect from you in the near future?

hehehe, there might be some cool news coming up sooner than you think 😉

I’m a sucker for good bass, and I’m especially a sucker for great bass that is being used in an artistic way. ‘Dark Places’ by Sharlitz Web is just that and is a great example of her style of versatility to create something unique and memorable. It has just enough going on to keep you engaged but doesn’t distract from the song. Enjoy!

Google I/O is back. What’s new?